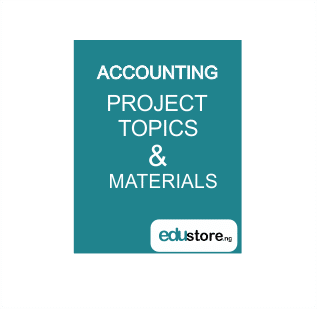 One of the ways taken by all institute to make the banking sector effective is the use of the monetary policy introduced by the Federal Government and carried out by the apex bank of the country Apparently, the existence of an effective banking industry is vital to every institute and it encourages economic growth and development via its role in financial interdiction of funds supplies to deflect economic units. This stimulates international trade, investment economic growth as well employment.

Monetary policy is one of the steps taken by every institute to make the banking sector effective. Monetary and banking policies are the sole responsibilities of monetary authority, which comprises of the CBN for the invitation, implementation and articulation of monetary system. The CBN carried out these duties on behalf of the Federal government according to CBN decree 21 of 1991 and the banks and other financial institutions. The guideline are general in operation within a fiscal year but could be amended on the course of the year. The CBN is equally empowered to direct the activities of the financial institutions in order to carry out certain duties in approved monetary policy of which penalties are prescribed for non-compliance with specific provision of the guidelines.

In the analysis of long term transmission of monetary influence fisher replaced.‘Interest – investment’ channel with ‘Real cash Balance. He noted that when wealth rises due to rise in money stock, people tend to reduce their cash balances by purchasing goods and services since the velocity (V) and output (Y) In fishers equation of exchange (MUPT) is fixed, the risen money stock (M) cannot lead to increase holding of goods and services but will lead to decline in prices level (P) Keynes (1036) accepted the change in money supply relative has both substitution and considered investment to be quite responsible to interest rates.

Keynes recommended price induce wealth effects, (i.e change in Wealth due to change in yields) there are ranging accounts by his interpreters about the extent he integrate them in his general theory. Hence subsequent write to Keynes (i.e Keynesian or post Keynesian regards the cost of capital interest rate) as the main process by which changes in money stock. Influence the institute. Thus the change in Volume of money alters the rate of interest usually approximated by the long term government bound rate, which effects investment and consumption. Thus the link between Wealth of private sector and real sectors and consumption was analyzed by Piguo (1974) and Patikin(1951) in form of real cash balance effect. According to them changes in quantities of money would affect aggregate. Demand even if they did not alter interest rate. On the other hand, credit rationing would be controlled by the market forces so as to ration the supply of credit by non-price mechanism.

Thus an expansionary monetary policy would raise the force of equity (i.e reduce the yield on equities). The margin between the market evaluation and cost of reproducing the existing capital goods will stimulate new investment over those goods.

The Non-monetarist argued that monetary policy is as effective as Fiscal policy as to determine the total spending in the institute in spite of their differences. It holds the following views.

Despite the establishment of Central Bank of Nigeria (CBN) In 1958, Banking Industry remained both poor, in adequate in terms of numbers, quality and variety of service rendered.

The establishment of CBN paved way for adoption of Monetary Management by the banking Industry. Just incase any analyst is waiting in wings to strike CBN for its poor monetary Policy performance. Ogwuma (1994:362) offers a defense which says “A less than objective appraisal of the CBN role in the institute could interpret the adverse macro-economic trend as evidence of failure on the part of CBN.

The important of this study cannot be over emphasize. It will serve as a useful material to the Monetary Authority, Bank Management and Staff, Customers, Depositaors, Students and indeed the entire Institute on the regards. The report shall be useful in ensuring both monetary stability and a sound safe and profitable banking environment which will facilitate the pace for the economic growth and development in Nigeria.