Intestinal Schistosomiasis and Its Possible Prevention and Control. 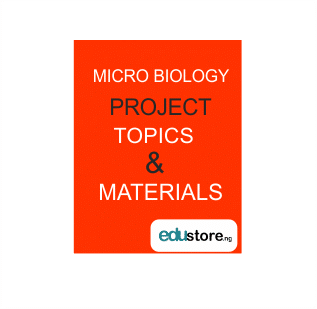 Schistosomiasis, also known as bilharzia, snail fever, and Katayama fever, is a disease caused by parasiticflatworms of the Schistosomatype. The urinary tract or the intestines may be infected. Signs and symptoms may include abdominal pain, diarrhea,(Akpinar, 2012). Bloody stool, or blood in the urine. In those who have been infected a long time, liver damage, kidney failure, infertility, or bladder cancer may occur. In children, it may cause poor growth and learning difficulty(Antounet al., 2005).

The disease is spread by contact with fresh water contaminated with the parasites. These parasites are released from infected freshwater snails. The disease is especially common among children in developing countries as they are more likely to play in contaminated water(Akpinar, 2012). Other high risk groups include farmers, fishermen, and people using unclean water during daily living. It belongs

to the group of helminth infections. Diagnosis is by finding eggs of the parasite in  a person’s urine or stool. It can also be confirmed by finding antibodies against the disease in the blood(Duke, 2002).

Methods to prevent the disease include improving access to clean water and reducing the number of snails.(Duke,.2002) In areas where the disease is common, the medication praziquantel may be given once a year to the entire group. This is done to decrease the number of people infected and, consequently, the spread of the disease. Praziquantel is also the treatment recommended by the World Health Organization(WHO) for those who are known to be infected(Akpinar, 2012)..

(Antounet al., 2005) Schistosomiasis affected almost 210 million people worldwide as of 2012. An estimated 12,000 to 200,000 people die from it each year. The disease is most commonly found in Africa, as well as Asia and South America. Around 700 million people, in more than 70 countries, live in areas where the disease is common. In tropical countries, schistosomiasis is second only to malaria among parasitic diseases with the greatest economic impact. Schistosomiasis is listed as a neglected tropical disease(Akpinar, 2012).

This study was carried out at START RIGHT MODEL SCHOOL Sango Ota Ogun State Ado Odo Ota Local Government Area. Schistosomiasis is noticed at this area of Ogun State Nigeria and some neighboring areas including Ado-Odo, Owode, and e.t.c. This is as a result of some factor like;

This study focuses on creating awareness to citizen of Sango Ota Ogun State AdoOdo Ota Local Government Area on the presences of intestinal  schistosomiasis and its possible prevention and control.

1.3 SIGNIFICANCE OF THE STUDY

The importance of this study is to identify the presences of intestinal schistosomiasis and its possible prevention and control at Sango Ota Ogun State Ado Odo Ota Local Government Area.

1.5 LIMITATION OF THE STUDY

Some of the limitation faced in the course of carrying out this project is:

Helminths: are large multicellular organisms, which when mature can generally be seen with the naked eye. They are often referred to as intestinal worms even though not all helminths reside in the intestines; for example schistosomes are not intestinal worms, but rather reside in blood vessels.

Phylogeny: The phylogenetic relationships of the nematodes and their close relatives among the protostomianMetazoa are unresolved.

Mutualism:a relationship between two species of organisms in which both benefit from the association.

Commensalism:   A type of relationship between two species of a plant, animal, fungus, etc., in which one lives with, on, or in another without damage to either.

Helminthology:Helminthology is the study of parasitic worms (helminths), while helminthiasis describes the medical condition of being infected with helminths.