Welcome! My name is Samuel. I am online and ready to help you via WhatsApp chat. Let me know if you need my assistance.
Whatsapp Us!

Investment On Human Capital And Its Impact On Nigerian Economic Growth 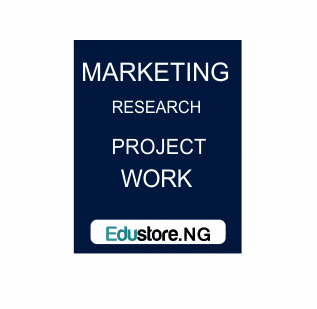 Download full Chapter 1-5 Project topic and material For Final Year student in Marketing titled “Investment On Human Capital And Its Impact On Nigerian Economic Growth “. View abstract and chapter one below.

The researcher employed the popularly known ordinary least square (OLS) modeling technique to test the overall significance of the model and to determine its effect on the economy. Stationarity of the variables were tested using unit root. The research showed there is a positive relationship between human capital development and economic growth in Nigeria. Based on the empirical research recommendation where made on how best the government can improve in its activities on human capital development to boost economic growth in Nigeria.

Investment on human capital can be described as an end or objective of growth. It is a way to fulfill the potential of people by enlarging their capabilities and this necessarily implies empowerment of the people and enabling them to participate actively in the growth process.

Schultz (1961) saw human capital as those resources that are inherent in each human being, which can be traded between the users and the owners to improve their respective living conditions. He outlined these inherent resources in human being to include knowledge, skills and attitude. Human capital growth is also a means of enhancing the skills, knowledge, productivity and inventiveness of people through a process of human capital formation. Todaro and Smith, (2003) state that human capital as an economic term encompasses health, education and other human capacities that can raise productivity.

Jhingan (2005) points out that in the process of economic development, it is customary to attach more importance to accumulation of human capital. No country has achieved sustained economic growth without substantial investment on human capital. In recognition of this, for example, Aigbokhan (2007) considered education to be a basic and obvious process by which skill, knowledge and attitude are acquired for the performance of socio-economic responsibilities, social integration, improving personal competence and seeking better opportunities. All country has long realized this hence, the need for huge investment on human capital to stimulate the material productivity of its citizens and the raising up of worthy resourceful personnel to propel the process of growth, Harbison (1964) noted that capital and natural resources are passive factors of production while human resources are active factors of production. Human capital constitutes the most valuable resources of a country; in its absence there will be the non performance of physical capital (tools, machinery, and equipment) will impede economic growth.

Igun (2006) defines human capital as the total stock of knowledge, skills, and competencies, innovative abilities possessed by the population. With the importance of knowledge in the economy, human capital has increasingly attracted both academic and public interest. Economic development according to Meier (1964) is the upward movement of the entire social system or modernization such as a rise in productivity; social and economic equalization, modern knowledge, improved institutions and attitude and a rationally coordinated system, policy measures that can remove the most of undesirable conditions in the social system have perpetuated a state of underdevelopment.  Tadaro and Michael (1985) state that economic growth involved radical changes in institutional, social and administrative structures as well as in popular attitudes in many cases even customs and belief.  The aim of this study is to examine the impact of investment on human capital and its effect on the Nigeria economic growth.

Human capital development has been an engine of economic growth and development of every economy including Nigeria. In Nigeria, government had introduced a lot of policy measures to achieve this target. Prominent among these policies are universal primary education (UPE) in 1976 which was no sustained due to socio-economic and political condition in the nation, universal basic education (UBE) scheme, structural Adjustment programme (SAP), National  primary education commission (NPEC) and the National Economic empowerment and Development strategy (NEEDS).

Studies show that these policies have not yielded the desired objective. They failed as a result of poor planning and faulty policy implementation as well as other reasons. However, all these studies were carried out focusing on the role of education in promoting economic development.

More importantly, why has the economy remained underdeveloped in the face of numerous policies as well as abundant resources in this country? Does it mean that these resources are not efficiently utilized or are there factors preventing those commissions from utilizing these resources and opportunities and resources? Does the successive government in Nigeria affect her economic development? All these and many other questions implement the need to investigate on this all- important economic issue.

In this work, economic growth and development would be used inter-changeably.

The principal objective of the study is to find out the impact of investment on human capital and its effect on the Nigeria economic development. The specific objectives of this research can be itemized as follows:

One of the most frequently discussed issues in Nigeria now is how to solve the economic hardship in the country and how to create an industrial base that can guarantee self-sustaining growth and development. Since Nigeria is a country which is blessed and richly endowed with the necessary human and material resources, this research work will be of great importance to the policy makers on both governmental organization in the formulation of policies that will encourage investment on human capital for Nigeria economic growth. It will equally be of academic significance by helping to educate parents students and general public to the extent that it will serve for better understanding of the impact which investment on human capital will have on Nigeria economic growth.

This research work will test the following hypotheses:

Ho:    There is no significant relationship between investment on human capital and economic development in Nigeria

This research tries to examine investment on human capital and its impact on Nigeria economic development with special attention to financing  of schools and recurrent expenditure on training facilities in Nigeria.  However, due to large size of the state the researcher may be constrained by inadequacy of resources and shortage of fund required in obtaining information for this study.

There are no reviews yet.

More from this seller…