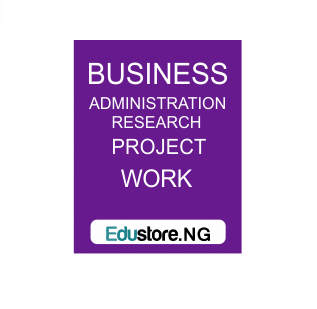 Employees are life blood of any organization. The degree to which an organization achieves its set objectives depends on how employees are motivated. Motivated workers tend to committed and satisfied about their jobs, which translate to higher job performance and consequently improved organizational performance. Financial or monetary rewards such as salary, fringe benefits, bonuses, commission, etc, are not the only way to get employees motivated. There are other ways employees can be motivated with zero financial cost attached. Empirical literature has confirmed that non-financial forms of motivation produce the same or better result than financial forms. It is against this backdrop the study examined the relationship between motivational drives and employee performance in universities in Ogun State. The specific objectives of the study were to examine the relationship of employee performance with achievement, autonomy, career advancement, personal development, recognition and nature of work. The study employed the descriptive survey design and the purpose sampling technique was adopted to select three universities in Ogun State namely Federal University of Agriculture, Abeokuta; Olabisi Onabanjo University, Ago-Iwoye and Crawford University, Igbesa. The population of the study comprised of 4,458 employees. However, after applying the Taro Yamane formula, the sample size of the study consisted of 477 staff. The study made use of primary data through administered questionnaire to obtain data from respondents. Out of 477 questionnaires administered, 378 copies were returned. The descriptive statistics and the Pearson Product moment of correlation were employed for the analysis of data. Findings of the study indicated the achievement (r=0.900; p<0.05); career advancement (r=0.939; p<0.05); autonomy (r=0.921; p<0.05); personal growth (r=0.926; p<0.05); recognition (r=0.924; p<0.05) and nature of work (r=0.894; p<0.05) had strong positive relationship with employee performance in selected universities in Ogun State. The study advised amongst others that management of selected universities should carry their employees along in everything they do. The suggestions, inputs, contributions and ideas of employees should be acknowledged, and at least few of them should be implemented.

1.1 Background to the Study

The extent to which an organization is able to accomplish its objectives largely depends on how employees are motivated. This is because employees are lifeblood of any organization. Every organization regardless its size, reputation, net-worth and line of operation, needs motivated workers to put in their very best, towards the success of such organization. Conversely, de-motivated employees are most likely to discharge their duties lackadaisically, develop cold attitude towards their job and can even resigned, provided they are opportune to get better offer elsewhere (George & Jones, 2008). Motivated workers are contented, dedicated, assiduous and enthusiastic about their job, which automatically produces maximum performance from them, resulting to improved organizational performance in entirety.

Gikuya (2014) opines that money and other financial rewards have been hyped as potent tools for motivating employees. Non-monetary forms of motivation have not been fully utilized as effective tools of motivation by management of organizations. Grant (2010) asserts that good flow of communication between employees and management makes employees feel commended that their inputs are well acknowledged and equally makes them feel recognized and valued in the organization. This kind of recognition strengthens their commitment and boosts their morale, consequently paves way for improved performance.

The creation of conducive work environment where employees are free to use their initiatives to carry out relevant tasks for which they are greatly commended is an effective strategy to boost their morale and job performance. In recent times, organizations have now designed measures to motivate their staff devoid of any related financial implications. Thus, focus of management as regard staff motivation has moved from financial rewards to non-financial rewards or motivational drives.

Universities in Nigeria, particularly government-owned, are generally known for embarking on industrial actions, whenever their demands are not met. Their decision to embark on strike can be linked to the fact that they are not well-motivated by the management of their respective institutions and government. Most times, these staff under the aegis of Academic Staff Union of Universities (ASUU) and their non-academic counterparts (NASU) fights good working conditions, which are not necessarily financial-related. As a matter of fact, during their strike actions, they receive their salaries. This clearly indicates that in this present dispensation, employees desire to be motivated intrinsically rather than extrinsically, for improved performance.

The low quality of Nigerian university educational system is partly due to the drop in the productivity of staff, which can equally be attributed to low utilization of motivational drives to boost staff productivity. When employees are not given commendation and recognition for a job well done, are not given a sense of belonging, are not given autonomy to make decisions that affects their job, are not provided with opportunities for career progression and personal growth, their job performance declines.

As such, it is necessary to identify those motivational drives that greatly motivate employees especially in cash-strapped economy like Nigeria, where money is no longer the principal motivator for employees.

1.3 Objectives of the Study

The main objective of the study is to examine the relationship between motivational drives and employee performance in selected universities in Ogun State. The study attempts to specifically:

The questions of interest to the study are:

The hypotheses guiding the study are stated as follows:

Non-academic staff and academic staff of selected universities constitute the population of the study. The sample size of the study consists of 477 staff after applying the Taro-Yamane sample size determination formula and taking attrition into consideration. The simple random sampling technique is utilized to select sample for the study.

1.8 Significance of the Study

The study will be of special significance to management of universities, industry, government and society.

The study will educate management of selected universities on the need to attach importance to motivational drives, as tools for boosting the morale of their staff for better performance.

Other universities in Nigeria will find this study worthwhile as it will help them design policies on how to use motivational drives to boost the performance of their staff.

Government will equally find this study useful as it enlightens them on the need to utilize motivational drives along with other forms of financial rewards to boost the morale of civil servants. This will go a long way to reduce occurrences of industrial actions initiated by labour congress and trade union.

The academic society – students and researchers will find this study relevant as it serves as an embodiment of reserved knowledge on the subject matter that can be consulted by them during the course of their future research undertakings.

Motivation: This refers to the forces, internal or external to a person that arouses enthusiasm and persistence to pursue a course of action (Luthan, 2007).

Motivational Drives: These refer to those invisible factors that affect the morale of employees. Motivational drives cannot be seen, but are felt. Examples of motivational drives are autonomy, responsibility, recognition, career development, achievement and personal growth (Luthan, 2007).

Performance: This refers to outcomes of work that provides the strongest linkages of strategic goals of the organization (Lisa, 2014).

Employee: A person who is hired to perform a job (Oxford Advanced Dictionary).

Autonomy: This implies that employees are allowed to set their own schedules in an organization. In another sense, autonomy means employee can decide how their work should be done. It equally refers to the level of freedom and discretion extended to an employee over his job (Zameer, Nisan & Amir, 2014).

Career Advancement: This refers to the progress of an employee on his job or career. For instance, an employee can advance in a single occupation by moving up from an entry-level position to a managerial position. Career advancement comes after an employee gains experience, completes additional training, earns a degree or receives a certification (Boameh, 2014).

Recognition: This refers to a timely, informal or formal acknowledgement of employee’s behavior and efforts that enhance the goals and values of an organization, and which has clearly been beyond normal expectations (Gikuya, 2014).

Personal Development: This covers activities that enhance the awareness and identity, develop talents and potentials, build human capital and facilitate employability, enhance the quality of life and contribute to the actualization of dreams and objectives of an employee (Boameh, 2014).

Nature of Work: This refers to the type of things an employer does, the circumstances of the work, scope of work and description of work (Murisha, 2011).