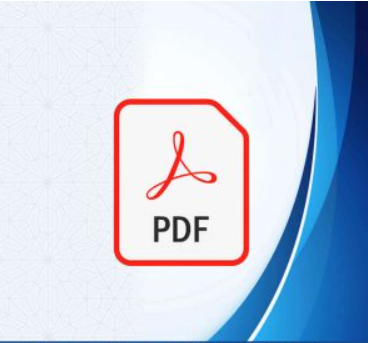 Pregnancy Induced Hypertension can be categorized as mild or severe. The former is when there is a new onset of hypertension with the systolic blood pressure being ≥ 140 mmHg and or diastolic blood pressure ≥ 90 mmHg, emerging from 20 weeks’ gestation whereas the latter diagnoses is made when blood pressure measures ≥ 160 mmHg systolic and ≥ 110 mmHg diastolic continually (Ribowsky and Henderson 2012). Due to the severity of the condition in some women, high mortalities are associated with PIH and is heavily documented.

Globally, approximately three hundred and fifty thousand women who are pregnant pass away yearly from pregnancy associated causes and over 50% of such mortality taking place in SubSaharan Africa (SSA). It is estimated that 12% of pregnant women’s deaths are associated with PIH (Middendrop et al., 2013). Globally, 10 % of pregnant women are affected by hypertension (Muti., 2015).

A systematic review by WHO concluded that PIH and its related complications is ranking third as the cause of maternal deaths in Africa , whereas in Latin America and the Caribbean , it contributes to 25.7% of mortality (WHO, 2011). In Africa, 9.1 % of mothers who die is because of hypertensive disorders of pregnancy (Arshad et al., 2011).

Aside the enormous mortalities, PIH is linked with delivery before term, Intra Uterine Growth Retardation, Abruption Placentae and Intra Uterine Foetal Death (Muti, et al., 2015). In addition, complications arising from PIH has the tendency of affecting both the mother and baby (Jones et al., 2017).

A number of risk factors have been documented to predict risk for PIH (Solomon and Seely, 2011). These include; Nulliparity, Multiple Pregnancies, History of Chronic Hypertension, Gestational Diabetes, Foetal Malformation and Obesity are associated with PIH (Khosravi et al., 2014).

Surprisingly, most women are not informed on the existence of PIH whilst others have diverse views on the physiological and pathological cause and others liaise its signs with superstitions (Brown et al., 2013). In Sub-Saharan Africa, pregnant women were stated taking the least suitable actions to reduce PIH as they mostly hold evil spirits and witchcraft responsible for the condition (Conde and Belizan, 2010). Evidence suggests that alternative complementary medicine was normally practiced by to keep themselves from harm, regulate the disease and to deal with hypertension (Conde and Belizan, 2010).

In a study conducted in the Tamale Metropolis among women with regards to PIH, it was revealed that 60% of the study participants lack knowledge on self-care management of PIH (Muzakiel,

2013). In addition, a similar study conducted by Musah and Iddrisu (2013) in the Tamale Teaching Hospital revealed that about 40% of pregnant women who attended ANC lack knowledge of selfcare management of PIH and some of the pregnant women even considered oedema and weight gain as normal conditions of pregnancy. Hence, knowledge about PIH and its management is important as it influences health seeking behaviour among pregnant women in the world (Tuovinen et al., 2012).

There is a clear indication from previous studies that most women are challenged in their level of understanding of PIH. This could result to worsening of the condition as well as increase in prevalence of the condition since some may result to their personal ways of handling the condition which might proof ineffective. Studies have shown that, community health workers are instrumental in the management of PIH since they provide basic maternity services at the primary level. In India for instance community health workers are trained to counsel and prepare expectant mothers for safe delivery as well as educate them on the importance of immunization, breastfeeding and early detection of complications such as PIH (Ramadurg et al., 2016). The World Health Organization (WHO) stressed on the periodic screening for high blood pressure. Unfortunately, some countries particularly those in Low and Middle-income countries act contrary to this recommendation (Sheikh et al., 2016). Similar pattern was observed in some developing countries. Studies have shown that, various cadres of health care providers such as nurses, doctors, midwives as well as community health nurses are less knowledgeable on screening and management of pre-eclampsia (Sheikh et al., 2016). In some countries however, the health system has integrated management of maternal complications such as PIH into already existing health initiatives. Pakistan for instance, has included the current global management principles of pre-eclampsia in skilled birth attendant and periodic trainings for nurses.

Women who were diagnosed with Pregnancy Induced Hypertension were observed to be sensitive to a variety of endogenous substances (prostaglandins, thromboxane) that can cause vasospasm and platelet aggregation (Eze et al., 2018). In view of this, proper management must be rendered by health professionals to such women to reduce the adverse events they mostly faced. In Nigeria, there is scarcity of studies that focused on the connection between PIH, self-care, knowledge and hypertension control among pregnant women. Thus, this study was conducted to ascertain the prevalence, causes and effects of the risk factors associated with PIH and also assess how women with PIH are managed.

Pregnancy Induced Hypertension (PIH) and its related complications has persisted as public health threat in both developed and developing countries (Chawla and Anim-Nyame, 2015). The WHO estimated that the incidence of PIH and its related complications are 7 times more in low income countries (2.8% of live births) as compared to high income countries. Specific to PIH, approximately 2 to 10% of women are diagnosed with this condition globally. PIH is a major cause of maternal/neonatal morbidity and mortality (Muti et al., 2015).

In Africa, maternal health facilities are not well patronized leading to high prevalence (16.7%) of PIH and also accounts for about 40% to 60% of maternal death. In Nigeria, the prevalence of PIH and its related complications account for 9% of maternal mortality (East et al., 2011). Even as PIH leads to high mortalities, it is a dangerous condition such that once blood pressure begins and continue to rise, destruction of maternal organs especially the kidneys begin. Similarly, PIH and its complications is associated with high levels of stillbirths among affected women (Duckitt and Harrington, 2014). Maternal and neonatal mortality is of great priority hence, Sustainable Development Goals 3 and 5 place emphasis on maternal health (WHO, 2011). Nevertheless, pregnancy related complications are never ceasing with PIH being one of such complications which is gradually increasing.

The main objective of the study is to examine the pregnancy induced hypertension in women in Lagos State General Hospital, Lagos state.

Following the problem statement, the following research questions were posed;

Pregnancy Induced Hypertension (PIH) complicates 6 to 10% of pregnancies around the world (WHO, 2011). A number of factors including hypertension are typical problems of pregnancy. Pregnancy Induced Hypertension has remained one of such pregnancy related complications. Not only does PIH affect the mother but has substantial risk to the foetus as well (Eze et al., 2017).  Current evidence suggests gradual increase in incidence of PIH particularly in resource limited countries with Nigeria inclusively. PIH is a primary cause of maternal, foetal and new-born morbidity and mortality. Placental abruption, cerebrovascular events, organ failure and disseminated intravascular coagulation were the risk women diagnosed with PIH face (Kintiraki et al., 2015). According to Eze et al. (2018). The 3rd leading cause of maternal mortality worldwide was PIH and its other associated complications such as Preeclampsia.