Welcome! My name is Samuel I am online and ready to help you via WhatsApp chat. Let me know if you need my assistance.
Chat with us! 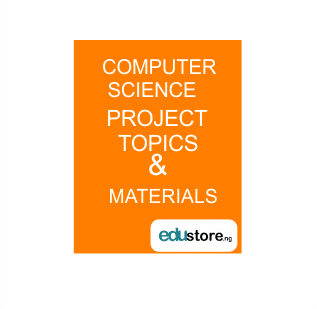 A prepaid meter monitoring system with SMS alert is designed simulated and constructed using micro controller to achieve a unique transmission of SMS messages to designated mobile phone numbers. The work is a response to the need to checkmatecommercialenergy losses in utility electrical distribution system. The system utilizes a normally open micro-switch incorporated into the monitoring system to detect when the prepaid meter cover is opened.

The system triggers a series of actions which eventually lead to the sending of anSMS alert message to the GSM mobile phones at the commercial unit of the utility Electricity Distribution Company which contains the meter number and address where the tamper/theft originates. The system also triggers an alarm system to alert the individual within the vicinity that an intruder has tampered with the meter in order to commit fraud/energy theft. The system utilizes the existing GSM networks and protocols through the modem interface. When the messages are sent to the designated mobile phones the messages are also retained at the memory card interfaced to the modem which can be retrieved when the need arises. This work discusses in detail the steps taken in the process of realizing the set goals including the design,simulation, implementation testing and results. The construction was implemented with reliable and readily available components in the market.The results showed that the power of the system is 6 watts. The alternating current input voltage is 220V (AC) at 50/60 Hz. The output current of voltage regulator is 500 mA. The system was validated using bar chart for comparison of its functionality with the existing ones in terms of transmission of SMS messages, recording and tracking of information in real-time and the operation was very excellent which is a remarkable improvement over the existing prepaid meter monitoring system.

(Sule, 2010), described Power System as a network that provides regions, Industries and homes with electrical energy. He also stated that electricity generation, transmission and distribution are three stages of delivering electricity to consumers. This power system is known as the grid and can be broadly divided into the generators that supply the power, the transmission system that carries the power from the generating centers to the load centers and the distribution system that feeds the power to nearby homes and industries. The distribution system is a part of power systems which is dedicated to deliveringelectrical energy to the end user. The planning and the design of electrical supply system are everyday task for engineers in the electric utilities companies. The goal of power distribution planning is to satisfy the growing and changing load demand within operational constraints and with minimal costs Sharma, et al.,(2008). It is necessary for Power Distribution Company to update their customer’s information that corresponds to their electrical attributes. The database contains useful information that shows linkages with the distribution transformers, feeder and substation. It is also important to design a system that monitor the accuracy of consumption at the customer end. The design of smart system improves system reliability, hence encourages investments to the industry.

Electrical distribution improvement has many approaches ranging from feeder optimization, phase balancing and costing model for distribution planning. All these are ideas and efforts by many scholars in the field of electronics to improve distribution. In Nigeria, the power distribution has constituted seventy percent of electrical utility problem Titus, et al.,(2013). Due to inadequacies in planning and use of wrong solution for an identified problem, it is obvious to note that the major problem of electricity utility comes from distribution of bulk power that have been transmitted over a long distance and the reason for this is that distribution demands are not known and well managed. Against the back drop that consumers of electricity are not identified based on their location, it is impossible to estimate the accurate demand of electricity for customers in such area. Another major problem is identified as commercial losses that reduces revenue, hence discourages investment into the system, Damian et al.,(2015).The use of estimated load has also reduced the system reliability. This is a problem that cannot be solved overnight.  However, with the right approach, solution is certain. The SMS (short message service) alert can provide the solution in the management of utility by way of detecting commercial loss which is a function of electrical theft.

(Kaira, 2014) proposed two methods in conjunction with the existing methods; the two methods are:

Identified Differential schemeis achieved by attachment of sensors to heavy appliance such as fridges air conditioner and other heavy equipment, other loads were attached to one sensor. In the case where the total energy measured from individual sensor is sum and is not equal to that of the meter, theft is detected, otherwise no theft.

In integrated scheme of sort X-bee is embedded into the meter that communicates with the module present at sensing the total power given out of it. In the case of electrical theft, consumer homes were individually switched off remotely to detect consumer involved in the theft.

The limitation of the two methods proposed by Kalra (2014) is that privacy of the consumer is abused by installation of multiple sensors in the differential scheme. The method is costly to manage because at every intervals of time check is carried out to detect theft. The right of the customer to access energy is infringed, in the integrated scheme consumers that are not involved in electricity theft are cut off from supply for a period of time to detect the premises where the theft occur, this is also infringing on right of some customers who are not involve in the unwholesome behaviour.

Non-Technical Loss (NTL) occurs as a result of electricity theft (Dey, et al., 2010). He further highlighted types of electrical theft as: Fraudulent activities of customer, Stealing electricity, Irregular bill payment and unpaid bill. Meter tampering is classified into analogue and digital. Dey, et al., (2010) described Analogue tampering as Shortage of phase current coil which caused the current to pass through the shorter path which results to meter’s unable to detect current passing through it. Current flow reversal by swapping of load and supply terminal, hence meter would be unable to detect quantity of electricity through it. Neutral disconnection hence meter unable to detect energy through it because of no potential difference.

Magnet is used to slow down rotation of the disc in analogue meter, hence reduction in sensitivity of the meter to record energy value. Tampering in digital motor is noticed when neutral is removed. Installation of’ current transformers at both phase and neutral line to measure currents and teed hack to micro controller to determine difference in current is proposed Dey,et al.,(2010).

In analogue meters, painting of rotating disc divided into four equal proportions in black and white, with LHD and LDR attached to the disc and powered is proposed. Rotation of the disc indicates no theft as the voltage to the micro controller varies otherwise theft is detected Dey, et al;(2010).