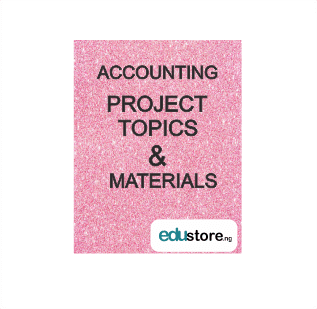 Some years back, the agricultural sector was playing an important role in the Nigerian economy both in generating revenue and in the physical impact. This was before oil started its own impact on the economy. The impact created by the oil sector began to be more relevant within a short period of time. Other sectors of the economy became secondary in terms of their relevance. The sectors were neglected in favour of oil.

Oil thus became the leading factor and the leading product in term of revenue generation and foreign exchange contribution. The condition of the economy became vulnerable to the condition of the world oil market from 1970 till date. The fluctuation of oil price in the world market has adverse effect on the Nigeria economy. This is by diversifying the revenue generated based on the higher economy.

The financial requirements of the government have been increasing over the years in facilitating the accomplishment of government functions. Worthy of mention in this connection is the effective way of revenue generation and collection by the government. The idea of introducing value added tax (VAT) was therefore considered and the Federal government finally approved its introduction. Value added tax is therefore expected to increase and be effective, contribute towards enhancing the revenue generation base of the government. The system is expected to minimize or eliminate the corrupt practices associated with revenue assessment and collection.

The importance of revenue in any country and of course, Nigeria cannot be overemphasized. Revenue has been the bedrock of government performance. The history of revenue in Nigeria dated to the pre-colonial era when tax and levies were paid to the fathers or lords as the case may be, to Oba’s, Kings, Emirs. The tax or levies were being paid in cash or in kind during the pre-colonial era. It was used to support the sustenance of the colonial administration. It has even been used to mobilize farmers into cash crop production mainly for the colonial export through the use of the cash taxes. Even after independence, tax has played an important role in generating revenue for the government. It is used for the running of the affairs of the post independence government in Nigeria.

Furthermore, it has also been used to achieve other policies such as the protection of the infant industries, income re-distribution, checking and controlling the consumption of some certain goods. Etc. it is therefore very much likely that it will continue to play a very important role in Nigeria economy.

Following the difficulties, irregularities, complaints associated with the assessment and collection of the said tax, operation committee was set up by the Federal government in 1991 to review the entire tax system in operation. The committee recommended the idea of introducing value added tax (VAT) in the country and another committee was set up to undertake the feasibility study and make recommendation on its implementation after which the Federal government finally approved the introduction of value added tax in Nigeria tax system with effect from 1st September 1993 and was incorporated into the 1994 budget.

This research is carried out to find out the position of value added tax on the overall Nigeria on taxation system. It is to find out the impact or role both in terms of generating revenue for the government and controlling irregularities widely believed to be associated with the said tax. It is also set to find out beyond Technical level practical problems associated with it and to make recommendation at the end of the study.