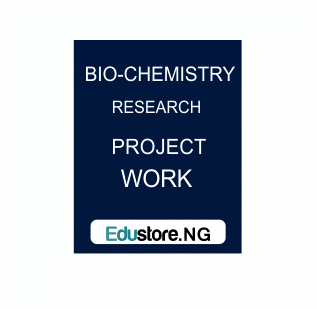 Anti-hyperlipidemic potential of extracts (aqueous, 70% methanol, 70% ethanol and 70%, acetone) of Vitexdoniana leaves, stem bark and root bark on poloxamer 407 induced hyperlipidemic and normal rats was investigated. Phytochemical screening of the extracts revealed the presence of flavonoids, saponins, cardiac glycosides, alkaloids and tannins in the leaves, stem bark and root bark. The average total polyphenol contents of the leaves ethanol (36.11±3.13mg/g gallic acid) and methanol (35.75±1.72mg/g gallic acid) extracts were significantly (p<0.05) higher when compared with that of acetone and aqueous extracts. The IC50of the leaves ethanol extract (0.227mg/ml) was lowerthan that ofstem bark ethanol extract (0.236mg/ml) and root ethanol extract (0.561mg/ml). Screening the extracts for the most potent anti-hyperlipidemicactivityreveals that ethanolic extracts of root bark and leaveshas the highest percentage reduction of total cholesterol (51.98%) and triacylglycerol (50.75%) respectively. The most abundant phytochemical in the most potent extract is flavonoid (4.605±0.077%) in the leaves and the least is tanins (0.035±0.008%) in the root bark extract. The LD50 of both leaves and stem bark was greater than 5000mg/kg body weight and that of root bark was 948.68 mg/kg body weight. Hyperlipidemic control rats significantly (p<0.05) increased total Cholesterol (TC), Triacylglycerol (TAG), Low density lipoprotein (LDL-c) andsignificantly (p<0.05) decreased High density lipoprotein (HDL-c) compared to other groups.Atherogenic risk factor of all induced treated rats shows a significant (p<0.05) lower levels of LDL-c/HDL-c, Log (TAG/HDL-c) and significant (p<0.05) higher level of HDL-c /TC ratio. There was no significant (p>0.05) change between normal control rats and normal treated rats in lipid profile parameters and atherogenic indices. The level of liver marker enzymes (ALT, ALP, AST) and liver function parameter (TB, IB) were significantly (p<0.05)higher, and lower (TB, DB) in hyperlipidemic control groups compared to all other groups. The invivo antioxidant activity shows a significantly (p<0.05) higher level of TBARS and a significant (p<0.05) lower level of SOD and CAT in hyperlipidemic groups when compared to all treated groups. In both liver and kidney, the leaves and stem bark extract significantly (p<0.05) lowers levels of TBARS of normal control rats compared to normal treated and all induced treated groups. All the extractsactivity in the liver and leaves extract in the kidney of normal rats show a significant higher level of CAT compared with other treated groups. The study shows that vitexdonianapossesses anti-hyperlipidemic potential.

Polyphenols are natural organic chemicals characterized by the presence of large number of phenol structural units (Quideauet al., 2011). The most research-informed and chemistry-aware definition of polyphenol is termed the White–Bate-Smith–Swain– Haslam (WBSSH) definition (Haslam and Cai, 1994) which describes the polyphenol as moderately water-soluble compounds, with molecular weight of 500–4000 Dalton,having more than 12 phenolic hydroxyl groups and with 5–7 aromatic rings per 1000 Da.The number and characteristics of the phenol structures underlie the unique physical, chemical, and biological properties of a particular member of the polyphenol class(Quideau et al., 2011).

Over the past 10 years, researchers and food manufacturers have become increasingly interested in polyphenols. The main reason for this interest is the recognition of the antioxidant properties of polyphenols, their great abundance in our diet, and their probable role in the prevention of various diseases associated with oxidative stress, such as cardiovascular, cancer and neurodegenerative diseases. As the major active substance found in many medicinal plants, itmodulates the activity of a wide range of enzymes and cell receptors.Polyphenols as antioxidants, helps in addressing and reversing the problems caused by oxidative stress to the walls of arteries, create a heart-healthy environment by curbing the oxidation of low density lipoprotein cholesterol which stops the potential for atherosclerosis, and they help relieve chronic pain, as seen in conditions like rheumatoid arthritis, due to their anti-inflammatory properties. In addition to having antioxidant properties, polyphenols have several other specific biological actions that are yet to be understood(Quideau et al., 2011).

Plants has been a source of medicinal agents for thousands of years, and an impressive number of modern drugs have been isolated from natural sources, many based on their use in traditional medicine (Hostettmann et al., 2000). These plants continue to play an essential role in health care, with about 90% of the world‟s inhabitants depending mainly on traditional medicines for their primary health care (Hostettmann et al., 2000). Recently, there has been an upsurge of interest in the therapeutic potentials of medicinal plants antioxidants reducing free radical related diseases. It has been mentioned that the antioxidant activity of plants might be due to their phenolic compounds (Cook and Samman, 1996).

Vitex doniana is a deciduous tree, usually 4-8m high, with a dense rounded crown. Its bark is light grey with numerous vertical fissures. The leaves are long stalked with 5-7 leaflets. The leaflets are usually widest towards the tip, more or less hairless. The fruits are ellipsoid to oblong, green turning black on ripening. It is a savanna species in wooded grassland and can also be found along forest edges. It is extremely widespread in tropical Africa. It is commonly known as Black Plum or African olive (Glew et al., 1997), Dinya (Hausa),Galbihi (Fulani),Oori-nla (Yoruba), Ucha coro (Igbo), and is wide spread in the southwestern Nigeria as a perennial tree. Earlier reports have shown that aqueous root bark extract of the plant can be used for the treatment of anaemia (Abdulrahman et al., 2010), methanolic stem bark extract can be used for the treatment of gastroenteritis, diarrhoea, dysentery (Kilani, 2006) and aqueous leaves and stem bark extracts for the treatment of liver disorder (James et al., 2010). The ability of an aqueous extract of Vitex doniana stem bark to protect the liver of albino rats from carbon tetrachloride-induced liver damage was reported by Ladeji and Okoye (1996).

Hyperlipidemia is an elevation of one or more of the plasma lipids, including cholesterol, cholesterol esters, triglycerides and phospholipids (Raasch, 1988). It is the most common form of dyslipidemia. It is well established that elevated blood lipid levels (hyperlipidemia)constitute the primary risk factor for atherosclerosis (Saunders, 2007). There is now overwhelming evidence that, dietary factors, nutritional habits and genetic origin influence the risk of coronary artery diseases (Van Horn, 1997). Increased levels of high-density lipoprotein cholesterol (HDL-c) are associated with a decreased cardiovascular risk (Wanner and Quaschning 2001; Kourounakisetal., 2002,). Predominant cardiovascular diseases associated with hyperlipidemia arehypertension, ischemic heart diseases, stroke, coronary heart diseases and atherosclerosis.They account for at least 80% of the burden of cardiovascular disease in both developing and developed countries, which shares many of the same common risk factors (Balakumar et al., 2007). Hyperlipidemia is divided into primary and secondary subtypes. Primary hyperlipidemia is usually due to genetic causes such as a mutation in a receptor protein, while secondary hyperlipidemia arises due to other underlying causes such as diabetes. (Chait and Brunzell, 1990). Traditionally, factors such as hypercholesterolemia, cigarette smoking, diabetes mellitus and sedentary life style have been implicated in the development of hyperlipidemia and atherosclerotic cardiovascular disease (Frohlich and Lear, 2002).

Hyperlipidemia is one of the greatest risk factors contributing to the prevalence and severity of cardiovascular disease (Grundy, 1986). It accounts for about 56% of stroke, 18% of ischemic heart disease and more than 4 million deaths per year globally (WHO 2002).In Nigeria, it accounts for about (45–73) % death per year (Ebesunum et. al.,2008). Cardiovascular diseases are one of the major causes of death worldwide (Murray and Lopez, 1996).Although several factors, such as diet high in saturated fats and cholesterol, age, family history, hypertension and life style play a significant role in causing heart failure.High levels of cholesterol particularly total cholesterol, triglycerides and low density lipoprotein cholesterol is mainly responsible for the onset of CHDs (Choudhary et al., 2005). About 20% reduction of blood cholesterol level can decrease about 31% of CHD incidence and 33% of its mortality rate (Marzyieh et al., 2007).

Polyphenols are natural products found in fruits and vegetables, as well as in beverages such as tea and red wine. Recent datasuggests that diet rich in these compounds is associated with a decreased risk of cardiovascular diseases such as atherosclerosis, ischemic heart disease, stroke, coronary heart disease and hypertension. Their effects are also believed to underlie part of the improved cardiovascular health ascribed to the

„French paradox‟. Polyphenols are hypothesized to provide cardio-protective effects through their ability to scavenge free radicals and inhibit lipid peroxidation. As antioxidants, they help in addressing and reversing the problems caused by oxidative stress to the walls of arteries, create a heart-healthy environment by curbing the oxidation of LDL cholesterol, and they help relieve chronic pain, as seen in conditions like rheumatoid arthritis, due to their anti-inflammatory properties.

The general aim of this study is to investigate theantihyperlipidemic effect of ethanol extracts from different parts (leaves, stem and root bark) ofVitex doniana in therats, with a view of providing a pharmacological justification and for the use of the plant in the management, control and/or treatment of hyperlipidemic relateddiseases.