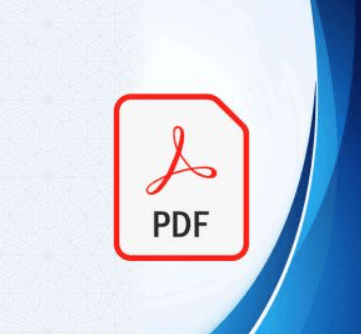 This study was on the influence of socio economic status of parent on the performance of chemistry student. The total population for the study is 200 staff of selected secondary school in Mbaino. The researcher used questionnaires as the instrument for the data collection. Descriptive Survey research design was adopted for this study. A total of 133 respondents made principals, vice principals administration, senior staff and junior staff was used for the study. The data collected were presented in tables and analyzed using simple percentages and frequencies.

1.1Background of the study

Education is the key to creating a society which is dynamic, productive, offering opportunities and fairness to all. Education is the best legacy parents can give to their children. The development of nation starts from the family, when the family succeeds in teaching and impacting good values in their children, the country becomes a better place to live. It is generally believed that the basis for any true development must commence with the development of human resource. Formal education is the demonstration of such desires to effectively and efficiently build a sound and strong economy.

Education is the process of learning and acquiring skills for the benefit of the individual and the society as a whole. Education could be formal, non -formal or informal. Formal education is the institutionalized teaching in relation to a curriculum. It is a classroom based knowledge provided by trained teachers in a systematic intentional way. Thus schooling is a concept that defines an institution that provides education. According to the MDG goals of 2020, education is a major trust of the United Nations for all its member countries. Equally, the operation of educational institutions is central to the realisation of the goals and objective of any nation.

In Nigeria, the major activities of educational institutions centre on the building and development of human capacity to serve the development needs of the nation at all levels. Going by the forewords to the National Policy on Education (2013) edition, education is seen as an investment for economic, social and political development; an aggregate tool of empowerment for the poor, and the socially marginalised groups; an effective means of developing full capacities and potentials of human resources, as well as development of competent work force through the acquisition of practical life skills relevant to the world of work as a veritable means of developing sound intelligent learning societies fit and relevant to the 21st century.

From the fore going, it is instructive to note that educational institutions in Nigeria are saddled with enormous responsibilities, but there are factors militating against the achievement of this goal. One of them is truancy as may be influenced by many other factors one of which is the parental socio-economic factor. Numerous factors have been identified in various research studies to be responsible for continuous declining of educational system. Various factors such as classroom size, poor teacher-student ratio, inadequate instructional materials, attitude of teachers towards work and lack of seriousness in the part of the students. Motivation for this study is that some students are extremely good in their work, while some are extremely bad. When such variations in scores are traced it is more often discovered that family background is a major contributory factor. It is therefore important that the level of such contributions and the influence they have on children be examined so that useful suggestions to parents and teachers, educational planners and government could be made.

The quality of students’ performance remains at top priority for educators. It is meant for making a difference locally, regionally, nationally and globally. Educators, trainers, and researchers have long been interested in exploring variables contributing effectively for quality of performance of learners. These variables are inside and outside school that affect students’ quality of academic achievement. These factors may be termed as student factors, family factors, school factors and peer factors (Crosnoe, Johnson & Elder, 2004). The formal investigation about the role of these demographic factors rooted back in 17th century (Mann, 1985). Generally these factors include age, gender, geographical belongingness, ethnicity, marital status, socioeconomic status (SES), parents’ education level, parental profession, language, income and religious affiliations. These are usually discussed under the umbrella of demography (Ballatine, 1993). In a broader context demography is referred to as a way to explore the nature and effects of demographic variables in the biological and social context. Unfortunately, defining and measuring the quality of education is not a simple issue and the complexity of this process increases due to the changing values of quality attributes associated with the different stakeholders’ view point (Blevins, 2009; Parri, 2006).

In the recent study, socioeconomic status is one of the most researched and debated factor among educational professionals that contribute towards the academic performance of students (Muola, 2010). The most prevalent argument is that the socioeconomic status of learners affects the quality of their academic performance. Most of the experts argue that the low socioeconomic status has negative effect on the academic performance of students because the basic needs of students remain unfulfilled and hence they do not perform better academically especially chemistry (Adams, 1996). Muola (2010) stated that the urge to achieve varies from one individual to the other. For some, the need for achievement is very high while for others, it is very low. He adds that achievement motivation is learnt through the socialization process.

Parental involvement takes many forms including good parenting in the home, the provision of a secure and stable environment, intellectual stimulation, parent-child discussion, good models of constructive social and educational values and high aspirations relating to personal fulfillment and good citizenship. It also entails contact with schools to share information, participation in school events, participation in the work of the school and participation in school governance (Desforges and Abouchaar, 2003). A child’s capability to succeed in school depends on how successfully the child is managed by his /her parents in the home environment. It is an environment where the child learns the skills, attitudes and behavior which could mould them into a productive and successful student. However, not every child comes from a home that could provide them with the requisite educational resources necessary for their academic success, a parent’s socioeconomic status plays an important role in providing these educational resources and it appears to impose the greatest impact on the child’s educational outcomes (Vellymalay, 2012). Socioeconomic status has a relatively strong impact on parental involvement on students’ academic achievement compared to other factors.

1.2 Statement of the Problem

The gap in the performance between students and quality of academic performance of chemistry constitute a great source of worry and serious concern as well as discomfiture to parent, schools managers, policy makers and various governments responsible for education of student in secondary schools.

Experience has shown that among the secondary school students, there exist some differences which influence student academic performance in chemistry such as some student being able to pay their school fees promptly, while others were often sent away for non-payment of school fees, some student have problem with the provision of school uniform but others do not. Likewise, some student were motivated by their parent through the provision of educational materials like computers, textbooks and exercise books, others were not, whereas some student come to school properly feed others were not. One then wonders whether the influence of family background had played in these issues.

1.3 Objective of the study

The main objective of the study is to examine the influence of socio economic status of parents on the performance of chemistry student. Specific objectives of the Study include:

In the course of this study, three main hypotheses are formulated.

Ho:   there is no effect of parental socio-economic status on academic performance of chemistry students

Ha:   there is effect of parental socio-economic status on academic performance of chemistry students.

Ho:   there is no influence of parental educational attainment in the school involvement of their children

Ha:   there is influence of parental educational attainment in the school involvement of their children.

1.6 Significant of the Study

This study when completed will help parents to be aware of the effect the family has on the children and how such affect the child positively and negatively in relation to their school involvement and academic performance. From the available recommendations, they will be able to adopt measures of bringing up their children in such a way that they will perform well academically. Similarly, it is likely to encourage parents to make their children relatively comfortable in school. This study also could aid children of various families to be aware and bear in mind their parent inability to provide them all the necessary requirement in schools, and also sympathize with them in family problems and situations.

More also, educational and curriculum planners could be guided in planning the curriculum without rigidity to suit diverse cultural environment. In addition, the teachers would be aware that cordial teacher parent relationship may in a way improve the influence of family background on academic performance of a child in school.

This study will focus mainly on the influence of socio economic status of parent on the performance of chemistry student in selected secondary schools in Kosofe Local government Area of Lagos State.

The study makes use of certain concepts, which need explanation and this is due to the relativity of concepts and the meaning.