How to Write an Introduction of a Final Year Project (Chapter1) 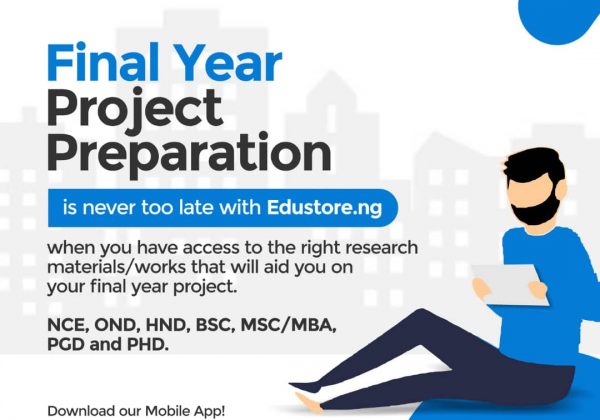 Table of contents
1 Step by Step Guide for Writing the Introduction of a Research Paper
1.1 Introduction
1.2 Background to the Study
1.3 Statement of the Problem
1.4 Research Objectives
1.5 Research Questions
1.6 Research Hypotheses
1.7 Significance of the study
1.8 Scope of the Study
1.9 Definition of Terms
1.10 Related Current Research Articles

Writing a final year project (thesis or dissertation) could be a strenuous task that consumes time, resources and energy. However, it has been discovered that writing is not only a skill but an act. The more an individual (researcher, students, any other person in the field of research) writes, the better they become.

There are some key elements that every researcher must put into consideration while writing a dissertation. This series provides a step by step insight into making the journey an easy one. Most thesis (dissertation or projects) are divided into five components which are introduction (chapter one), literature review (chapter two), methodology (chapter three), results and discussions (chapter four) and, summary, conclusion and recommendations (chapter five).

In order to provide a comprehensive and incisive way the project should be written, each chapter and its contents would be discussed, starting with the introduction.

The introduction is the first chapter of a thesis or dissertation. It contains vital details such as the background to the study, statement of the problem, research objectives, research questions, research hypothesis, the scope of the study, the significance of the study, limitation (optional) and operational definition of terms.

The study’s background will provide the relevance of the issues highlighted in the thesis or dissertation. It could include research that is both important and required. The study’s background is used to demonstrate the relevance of a thesis question and build up the dissertation. An assessment of the research issue, existing knowledge concerning the topic, similar research on the topic, and similar approaches on the issue at hand are all part of the background to the study. After discussing the contributions of other studies in the area,  the researcher can then elucidate how the study will fill these gaps (in the case of articles in a journal or researcher paper) and build on existing research in the areas. It is imperative to provide the background and history of information in this subheading effectively. The background should be drafted as a synopsis of your understanding of past studies as well as what a study intends to accomplish. For instance, if looking at a topic such as “Branding and Firm Performance,” the researcher should critically look at what existing literature is saying about branding and how branding is measured while also looking at performance and how different literature see the concept. The background to the study precedes the statement of the problem. There must be a flow from the background to the study to the statement of the problem

“The general aim of the study is to investigate the influence of branding on firm performance. The specific objectives are to;

“In line with the research objectives, the following research questions were raised:

A research hypothesis is a tentative, precise, and verifiable statement or predictive statement about the potential result of a scholarly study regarding a specific gap in the existing literature, such as assumed differences between groups on a given item or correlation between variables. A hypothesis could be stated in the null (H0) or alternative (HA). The null hypothesis is a commonly used statistical key assumption that no causal relation or significance exists between two sets of observed data and measured phenomena based on a single exogenous variable. An alternative hypothesis is one in which the researchers anticipate a difference (or an effect) among two or more variables; that is, the linear relationship of the statistics is not due to chance. Based on the example above, the research hypothesis is stated in the null

Ho: Branding does not have a significant effect on profitability

HA: Branding has a significant effect on return on assets

The study’s significance is a formatted statement that describes why the current study was necessary. It justifies the significance of the research and considers its impact on the area of research, its impact on existing learning, and how others will benefit from it. It should state how it will benefit those in the academia, those in the industry concerned, government and policymakers, among others.

A comprehensive discussion of the technical language and metrics used during a study is referred to as the operational definition of terms. The purpose of this is to standardize the definition of keywords. For instance, how is branding defined in the study, and how is performance used in the study.